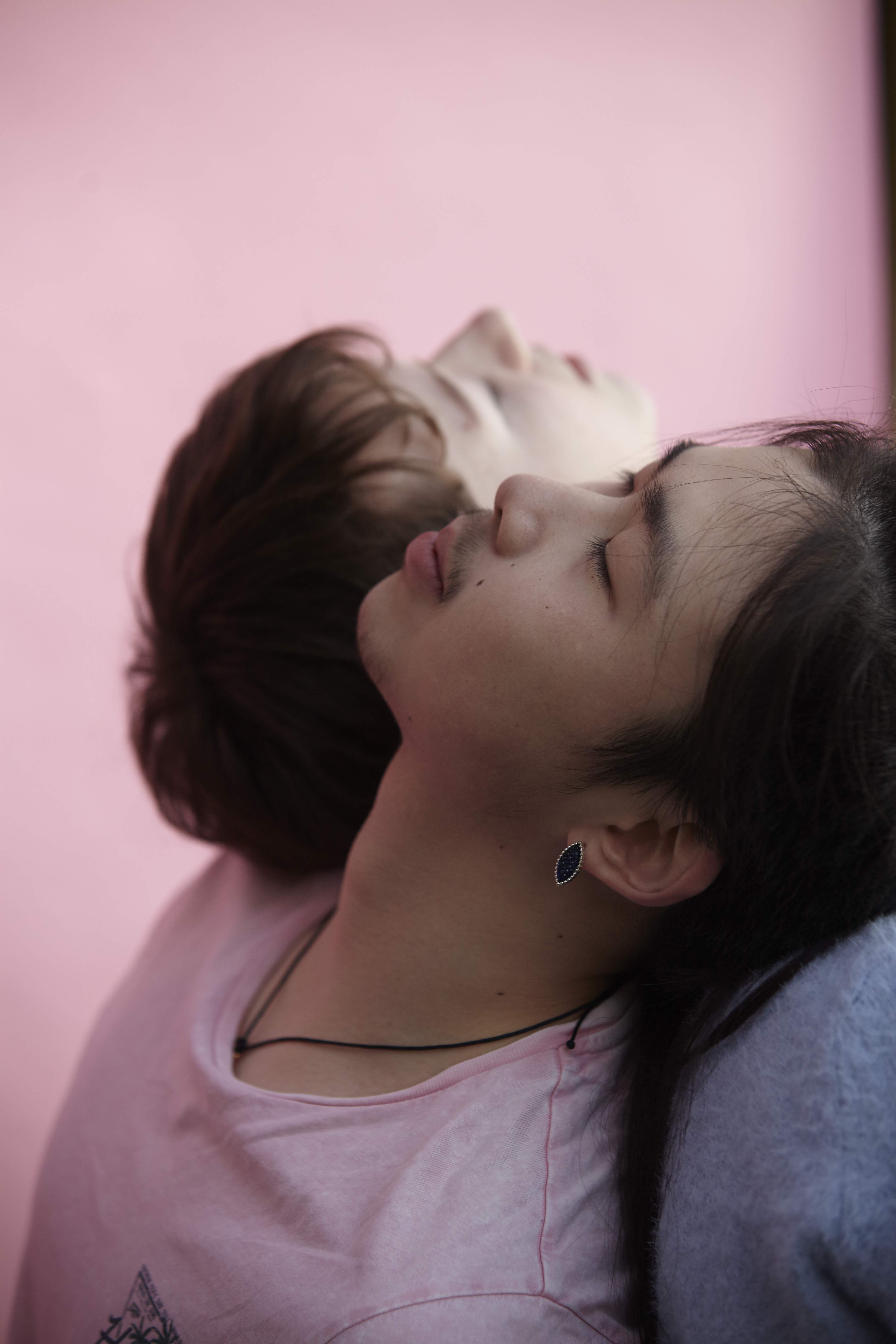 Read a research paper about our work, and why it's key for future generations

A MSc Health Psychology student works with us and reports his findings.

At States of Mind, we believe in the power of research to create positive change. It’s a big part of what we do, working with young people to develop research projects that aim to improve our society’s approach to mental health and wellbeing. So when Yousif Davis asked to complete a research paper on our work as part of his Psychology Degree, our answer was a resounding yes!

Yousif completed a two-month work placement with us, supporting the mental health education programmes we run in London schools. He then reported his findings in the paper below.**

‘Evaluating evidence-based practise in your workplace – The teaching’

An emerging realisation across many cultures is the extent to which poor mental health and mental disorders are apparent (Kendall & Jablensky, 2003). States of Mind is a reaction to this. Citing a 2017 Government Green Paper on mental health provision for children and young people (Secretary of State for Health and Secretary of State for Education, 2017), it recognises a lack of support available for young people when understanding and responding to deviations in their mental health.States of Mind is bolstered in a rich body of literature that denotes an urgency to increase the available resources.

States of Mind finds itself amidst a vast conceptual and practical debate regarding the future of mental health.

The contents of what is being taught in States of Mind places an emphasis on the flaws of the current diagnosis system for mental illness, and a criticism of the clinical terminology which is used around it. It finds itself amidst a vast conceptual and practical debate regarding the future of mental health (Nathan & Langenbucher, 1999). Specifically, it teaches several criticisms of the Diagnostic and Statistical Manual of Mental Disorders (DSM) (Frances, Galanter & Kleber, 2000), an authoritative tool used by clinicians to guide diagnosis, in the first phase. One criticism is how the diagnostic categories limit exploration of factors that may give better explanations of the mechanics or maintenance of a problem. This is a well established ‘behaviourist’ critique (See Andersson & Ghaderi, 2006). I recall in sessions Bea, the organisation’s founder and director, talking about an organisation called the Hearing Voices Network, a framework for individuals who experience ‘auditory hallucinations’ viewing them not as mental disorders, but as meaningful and understandable variations of usual human experience. What the thousands of people who engage in this support network gain is a perspective that opposes the psychiatric system of diagnoses, looking out towards social and psychological adversities in a way that brings visceral human meaning. In pairing empirical evidence with anecdotal it teaches/offers potent perspectives on topics which can be validated by the literature.

Another critique of the DSM offered is the lack of proper empirical evidence for many of its assumptions and diagnostic specificity. It explains anecdotally individuals who have received a diagnosis, but who upon inspection share few to none of the same characteristics of disorder. Bisett and Hayes (1999), refer to individuals who have zero correlation in behavioural demonstration of disorders diagnosed as the same thing. In line with the literature, it also acknowledges improvements in internal consistencies in a more recent version of the DSM, as well as being a reference system which has created a worldwide common language and access to consensus criteria, improving communication between clinicians.

If like the hearing voices network, we are to move forward with systems that can create meaning from adversity, the voices of those who the system serves must be central to the design.

States of Mind holds that the young individuals themselves should be shaping the policy that effects them. It acknowledges a gap in the existing infrastructure for young people to explore their experiences of mental distress and holds that their perspective is foundational to fixing it. It seems obvious that this should be the way things are organised. Further, if their voice is shaping the process, it would be difficult for the model to be flawed. The utility of this perspective has not been widely empirically investigated; it lacks a specific grounding in evidence. In trying to find literature, it’s almost ironic reading about inclusivity in education written from completely unrepresentative body’s. Moreover, this is not an evidence-based aspect of the organisation as of yet and marks the beginning of a potentially larger paradigm shift.

Other contents in the teaching include practising mindfulness and introspection through storytelling. Mindfulness-based approaches have been shown to be effective in enhancing mental health and well-being for adults (Burnett, 2011). Kuyken et al. (2013) translate this effect to young people. In testing 522 young people aged 12-16, they found that those who participated in mindfulness reported fewer depressive symptoms post treatment, and at a three month follow up, better well-being and less stress were related to this practise. Mindfulness is more frequently finding its way into classroom teaching with the potential to improve classroom management and teacher-student relationships (Albrecht, Albrecht & Cohen, 2012). Thus, States of Mind implementation of mindfulness is sourced from a sound empirical base. Equally, personal stories depend on intimacy and sharing, conveying values and emotions that reveal similarities and elucidate differences between people (East, Jackson, O’Brien & Peters, 2010).

Storytelling is adopted within the States of Mind classroom practise, used as a tool for young people to provide insights into their backgrounds and experiences, contextualising themselves.

Reaffirming and validating for the individual (Atkinson, 1998) it enriches communication and navigation through difficult/ confusing topics (Bowles, 1995). A large wealth of data communicates the advantageous of this approach, particularly East, Jackson, O’Brien & Peters (2010) describes it’s aid in developing resilience. Not only validated by empirical evidence, the essence of these practises fit so well within the States of Mind ethos, and in my opinion are implemented in a sincere relatable manner.

It is not a new revelation for educators that unmet psychological needs undermine school resources and their capacity to educate children (e.g. Carnegie Council on Adolescent Development 1989). However, integration of education and mental health is often met with pushback due to mental health schemes finding it difficult to communicate and establish consensus about the efficacy of programmes (Evans & Weist, 2004). Further, programmes are criticised for being resource intensive (Foster et al., 2005) and only accommodating for a small number of children in the vast pool of those in need of service (Baker et al., 2006).

As for States of Mind, the same criticisms are true, its current structure competes with other subjects, and the young people are blind in picking the programme as an option choice, not really knowing what it might entail. Therefore, those who attend are only a minority compared to those who were unaware of the benefits it may have had or had interest but felt it necessary to engage in something else. It is offered as a distinct option, with its own allotted time. In this nature it may also be critiqued on its interdisciplinary integration, as it is particularly stand alone. That is not to suggest that what it offers does not endure across facets but, since schools are the dominant provider of mental health services (Farmer et al., 2003), and States of Mind strives for a paradigm shift, giving young people an opportunity to find their voice and explore mental health away from medical frameworks, it may be seen as counter-intuitive for the programme to appear so separate from the rest of the young person’s school experience.

Schools are more frequently investing in programmes that address and promote the social-emotional development of their students (Zins & Bloodworth, 2004), however these efforts, similarly, to States of Mind are separate from the central function of the schools. More effective models of integration are needed.

I believe this change would facilitate empathetic communication in schools, empowering teachers, and students, creating a more free and honest space, where adversities are readily discussed and addressed.

I predict this would improve mental health and academic performance, and appears to address the complications regarding available resources, exclusivity, and integration of mental health education into the school system.

Reflection is associated with higher cognitive processes of self-regulation (Paris & Winograd, 2003) and suggestive of an extended capacity for abstract thinking and reasoning (King, 2004). You may then infer that building this skill would also have positive benefits for student’s receptiveness to learning. Equally, strong correlations between reflections and deep critical thinking have been demonstrated (Leung & Kember, 2003). Increased capacity to critically think would suggest increased capacity to engage and navigate schoolwork. Furthermore, reflection requires self-analysis and openness, challenging beliefs and assumptions about the world (Coulson & Harvey, 2013), an approach central to States of Mind. I would hypothesise that this process would be particularly reaffirming and motivating for students, as to reflect is to be mindful. Literature reviewed in Part A on the advantageous of mindfulness in the classroom can then be applied.

Not all teachers are disposed to reflect, or able to effectively teach how to do so. Coulson and Harvey (2013) in their synthesis of the existing literature provide a ‘scaffolding’ tool for teachers to develop their own reflexive ability, and ability to guide students. Adoption of this model, or something similar could be part of the training teachers receive. I am aware teachers reflecting on their practise is not a new idea, and it is well understood that doing so improves teaching (Loughran, 2002; Reiman, 1999). It allows for production of new solutions to problems, and can enrich the experiences, making the teacher more involved in the role (Eraut, 2000; Wang & Odell, 2002). The difference in what I propose would be that students and teachers are both reflecting and sharing those things with one another. Often secondary schools have a registration group or tutor group, this could be the perfect place for reflections to be discussed.

Reflection questions such as ‘What did you think you learned today?’ ‘What did you like most about your day?’ ‘What was most challenging or least interesting?’ ‘How do you feel about your day overall?’ could be offered to students as optional guidance to their thoughts, this support has been found to increase maintenance of reflections in learners (Correia & Bleicher, 2008).

In order to practically implement daily reflections into working school life, there must be a shared understanding of the significance of doing it, between teachers and students. The first step towards this change would be establishing this purpose. Improper alignment may impede efficacy. Conflicts that may arise from culture and religion etc. could be understood as an opportunity for students to identify with their values and assess how those relate to or guide experiences. Maintaining transparency and acknowledgement of one another may broaden the young people’s perspectives.

There are ethical and safeguarding issues that must be carefully considered before students and teachers engage in such activities. For example, it may not be ethical for teachers to influence their students by presenting their own beliefs (Mezirow, 1991), children may feel pressured to contribute with unedited, unformed personal feelings, or to what extent should they be pushed in this direction in the first place?

I would suggest collecting initial data and forming models informed by the young people and the teachers, in the States of Mind spirit. Ultimately with the goal of transforming foundational understandings of mental health and adversities in schools and equipping young people with the tools to navigate them.