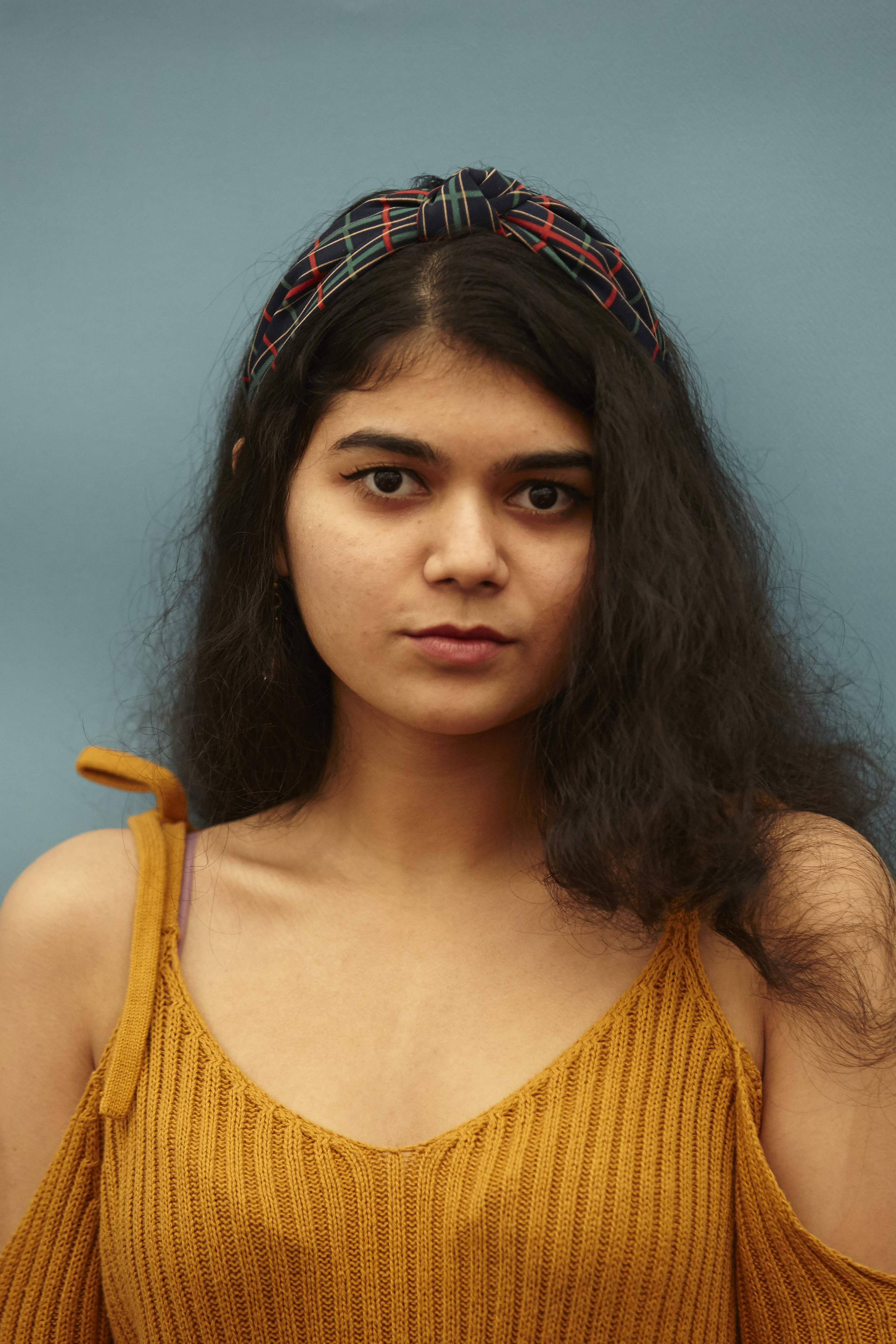 Meet Neeraja: "We have started a chain of people talking about mental health"

In our new interview series, we hear from students who’ve taken part in our programme.

One of the best things about our work is collaborating with inspiring young people from all over London.

In our Wellbeing Ambassadors Programme, we teach secondary school and college age students about mental health and emotional intelligence, provide a space for them to explore their mind, behaviour and identity, and hear their ideas for how their learning environment could be a happier, healthier place. Then we help turn those ideas into reality, as students use what they’ve learned to design and run an initiative to improve wellbeing at their school.

In the first part of our new series of interviews with students in the programme, we speak with Neeraja, who was part of the first cohort in Newham Borough. As project manager for the team, she oversaw the development of not one but two new wellbeing initiatives for her college.

Neeraja’s team designed and co-facilitated peer talking groups for wellbeing which were run as lunchtime drop in sessions and in tutorials, as well as launching the Nameless Book, an opportunity for students across her college to submit stories about what they learned from overcoming challenging experiences in their lives.

We sat down together to hear her thoughts on the experience and find out how the projects went.

From starting the wellbeing ambassadors programme, to the end, what changes have you noticed in yourself?

Even before the programme started, I was pretty open about discussing mental health and making other people aware of it. But I’ve realised that I’ve gained more confidence in talking about it since becoming a wellbeing ambassador. After the training, I felt like I had more authority to talk about [mental health], I felt as if I was more aware and that I could actually talk about it with confidence. It also really helped me build my leadership, communication and active listening skills.

And is that what you expected when you started?

I honestly didn’t expect anything when I came into it, I knew that it was something that I was passionate about so I felt like if I could do anything to help that would be great.

What impact has the experience had on your understanding of mental health?

It also helped me develop a perception of it, I could see how different people in college and other wellbeing ambassadors viewed mental health and what their opinions were, not just my own. It was really a great experience.

Has talking about mental health been useful for you?

Yes it has, it has been very useful, personally and also for everyone else. I think we have definitely created an impact in college because we have started a chain of people talking about mental health, whereas beforehand it wasn’t nearly as big a focus as it should have been. Even though it is a tiny change, we have changed the way people think about mental health at our college. I really think we have made a difference.

What potential do you see the programme having?

I definitely see the programme improving and growing over the next few years, and more people joining. I would like to see more wellbeing ambassadors, male and female, and would like to see the changes that we started continued. I’m really looking forward to [our project’s] book and the group support sessions. They have been very successful which is really great and we have had pretty positive reviews from it.

Could you tell me a bit about the group support session that you ran and what that was like for you?

Well at the start there was this awkwardness and nobody knew how to start talking, but once people started talking everyone was really open. We were talking about the different fears we have, like the fears around safeguarding, how there have been knife attacks. We talked about some of the main issues, like how there has been crime in Newham and everything and we started to hear, it wasn’t just us but so many other people were impacted by it on a more personal level actually. Even the tutors, there were two tutors with us, even they had similar experiences to us and we started to see that the adults who we see as different to us are not as different as we think. They basically have the same experiences.

There were some students who still had trouble opening up completely but I think that if they keep coming to the support sessions it would actually be a really nice space for them. We also found out that other students in college feel alone and lonely, as if they have no friends there, and for them we realised it would be such a great opportunity, because it’s like a new friendship group.

At the start we wanted to make people feel safe with us, because we didn’t want them to feel like we were in charge of them or like we were conducting an interview or something. So we started talking about our own experiences. Tisha and I started sharing our own experiences and how we were feeling and they started to realise it wasn’t us against them, more like ‘we are all in this together’.

It was good, it was fun. I mean, there were times when we completely ran out of ideas but it always somehow came naturally to us, like we would get a bit stuck and unsure of what to talk about next but then somebody else would start talking and we would realise, ‘OK wait, we don’t need to do anything, it will take care of itself’, it was so organic.

And what’s great is you now have those skills and you can take them to other places. If you wanted to take that to university, you could.

Yeah it would be great if we could continue with it somehow. Tisha and I are both going to university and so we could each take it with us. It would be great, like a chain that we started.

How do you think this approach to raising awareness about mental health could impact schools and other educational settings?

I think that the approach we took is more friendly – instead of a psychologist and the patient dynamic, it’s more like two people having a conversation. I think this helps because in school I’ve noticed that when people mention mental health, it’s more like you’re crazy, that’s the way that they see it. But I think our approach would raise the awareness that is necessary to eradicate those kinds of perceptions.

I also think it can help the teacher student relationship immensely, in the way that we deal with mental health. I think teachers should be able to deal with it in the way we do.

And what you were saying about the support groups and the tutors being there, it’s as if you have already started to change those relationships?

Yeah, because through some of the talks, we realised that the tutors also go through problems like us and they are not completely strangers to this. You know, there’s this whole idea that teachers won’t understand what we are going through. I think projects like this would take away that idea.

What does it mean for your school to have brought the programme in this year?